The charter school issue not reported before the Walker Berger election

"My read is if the press doesn't report Jr. on the charter school thing before the 15th, the press/powers that be would rather keep Jr. to get the D elected, and they will try to take down Phil Berger Sr. and elect a Democrat in the process.

George Hartzman
July 5, 2014
.
.
A taxpayer funded District Attorney whose taxpayer funded father stacked the Public Charter School Advisory Council, applies for a taxpayer funded charter school with an incomplete application, which is then moved by his appointed crony on the Council, while the others skipped the meeting;

The board members listed as being appointed by Berger Sr. include;

1. Paul Norcross, Phil Berger Jr's Chief Political Adviser and co-founder of the N.C. Alliance for Public Charter Schools, who personally profits from his charter school, gave himself a no-bid management contract, was denied a charter school due to "conflict of interest", and skipped the meeting when Berger Jr's school was approved by the Council.

2. Baker Mitchell, who also personally profits from his charter schools, who is also president of the N.C. Alliance for Public Charter schools, which Phil Berger Jr. is involved along with Paul Norcross, and Mitchell is also under investigation by the Department of Education

The Public Charter School Advisory Council has so far failed to ascertain why Baker Mitchell was not present at the meeting.

And 3. Alan Hawkes, a for profit charter school supporter, who made the motion to approve Phil Berger Jr's charter school, in what appears to be a violation of North Carolina Public Charter School Advisory Council Rules
.
.
It appears obvious that Phil Berger Jr's Charter received preferential treatment, which has been known to multiple news reporters and editors who covered the District 6 race, from the Public Charter School Advisory Council as the minutes of the Council show when his school was approved; 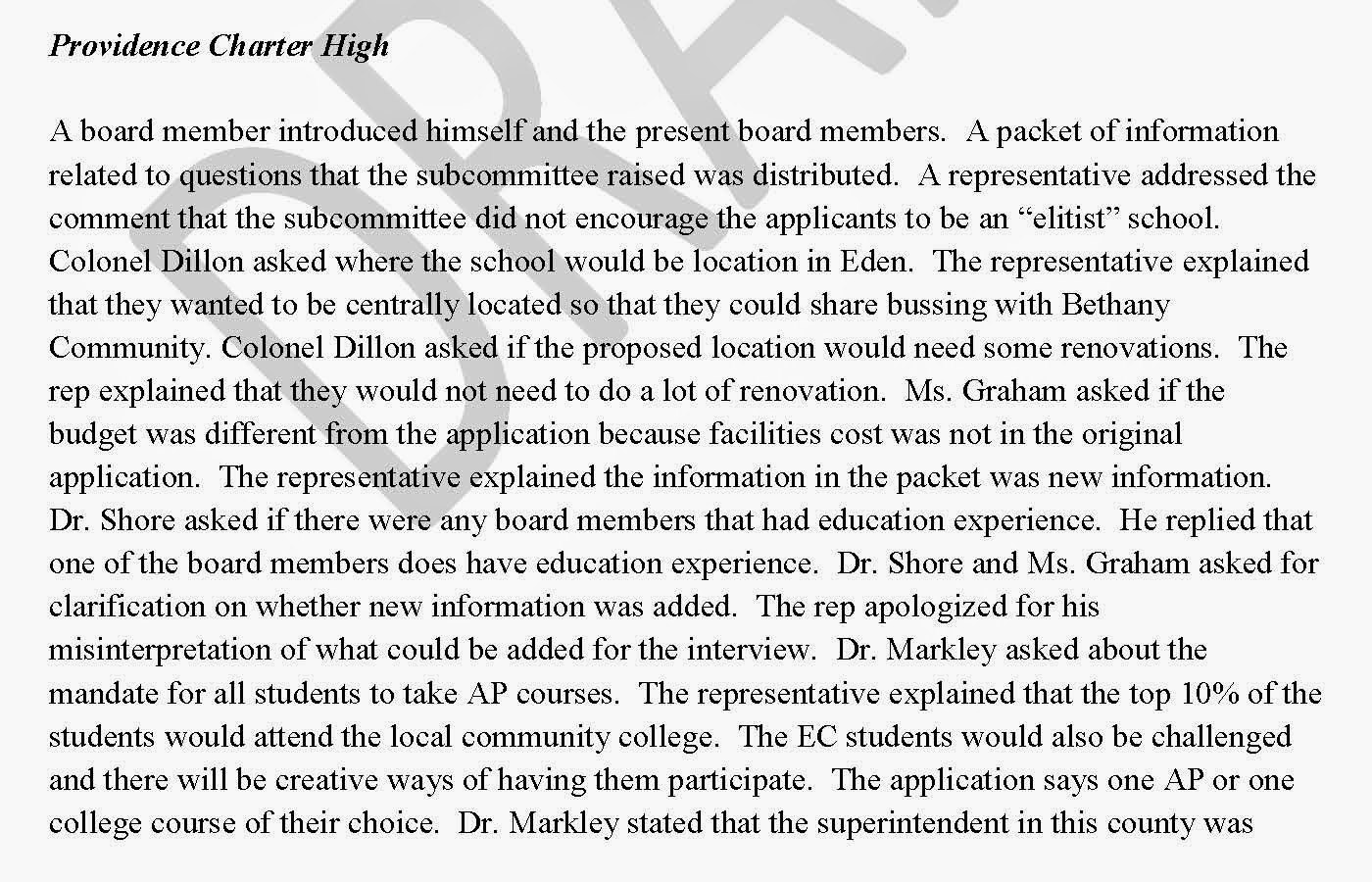 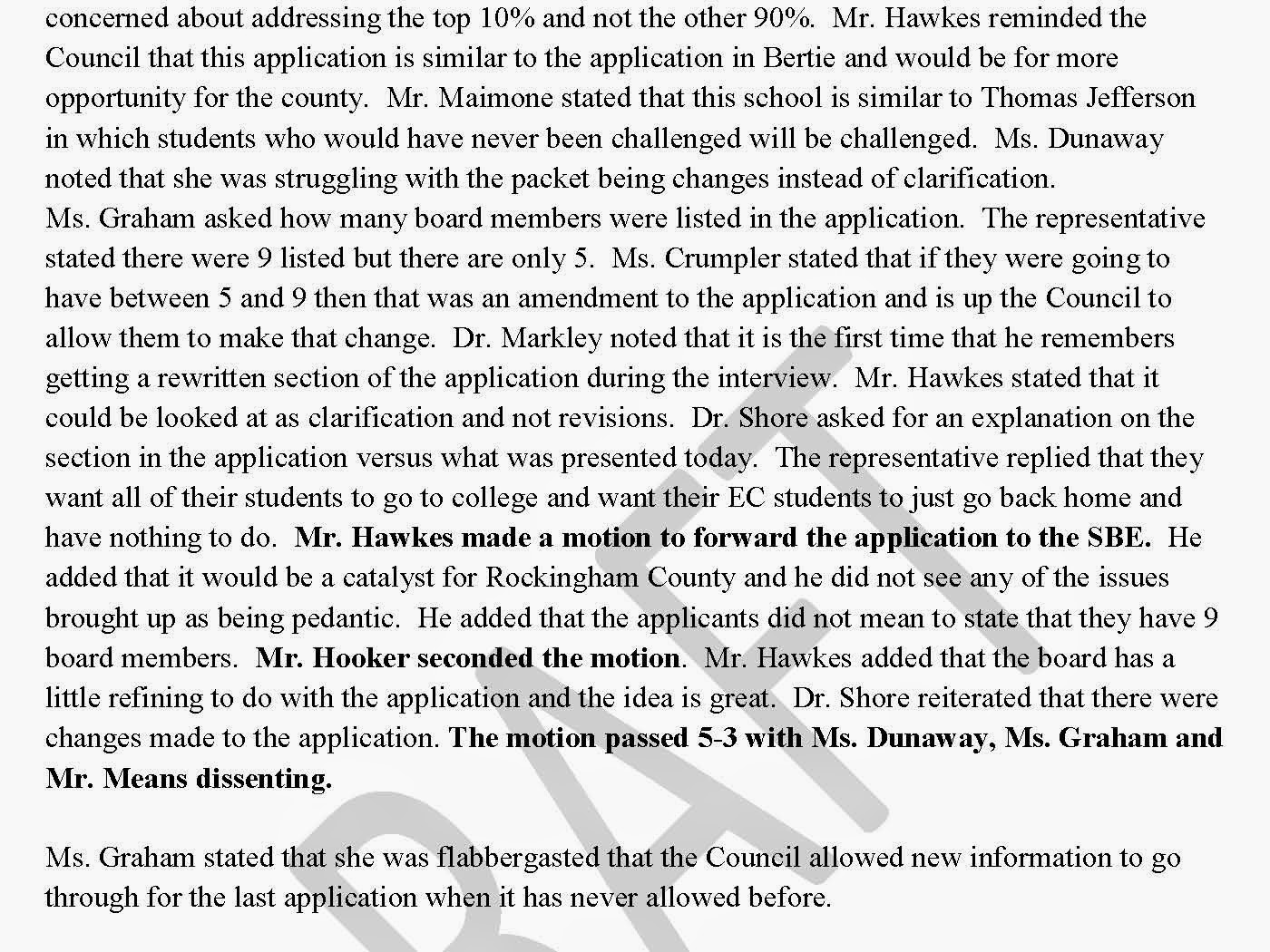 To top it off, on July 10, five days before the run off, Phil Berger Jr. received a one year delay for his Providence Charter High School from the state school board without discussion of the issue I've raised, including whether or not he stands to profit, personally, by tax break or otherwise financially benefit from his taxpayer funded endeavor, which Mr. Berger refused to disclose before the extension was approved.

The Office of Charter Schools, recommended the State Board of Education approve the one-year delay.

The extension was covered by an education reporter, which ended up an inside page of Greensboro's News and Record, instead of on the front page, by a reporter covering the District 6 race.

From the letter Providence Charter High School wrote to the NC School Board asking for an extension; 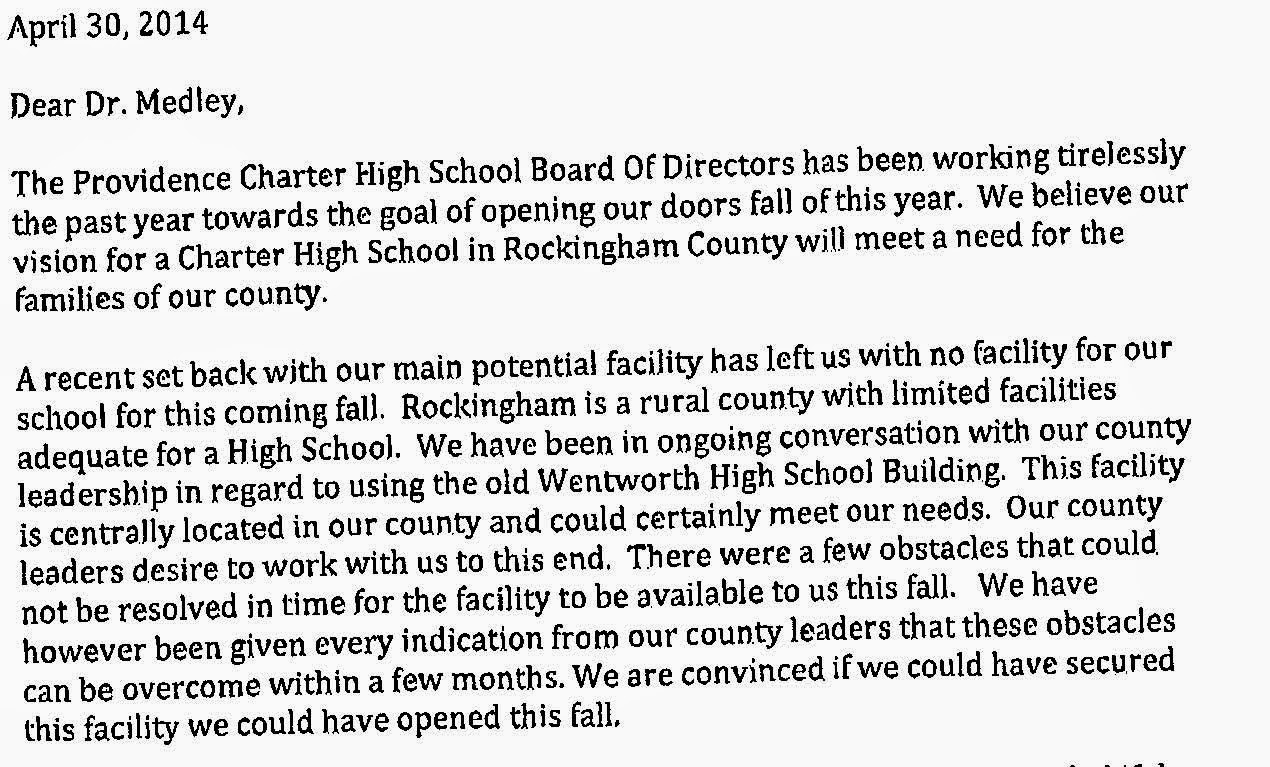 The letter from taxpayer funded Rockingham County District Attorney Phil Berger Jr's Charter School Board says they have been in "conversation" with Rockingham County leadership to gain access to a taxpayer owned high school building.

I believe the North Carolina School Board should have investigated what looks like Regulatory Capture by the taxpayer funded Phil Bergers before the extension for the school be approved without discussion.

I believe our local for profit press didn't report what they should have before the run off, as they were well aware of issues most would consider important to District 6 voters and buried it.
Posted by g at 12:11 PM

George Hartzman
Office in Greensboro at Lake Jeanette
336-763-4733
hartzmantax@gmail.com
Authorized PTIN and IRS e-file provider
Free Consultations and Estimates
Flexible Hours
Weekend Appointments
Virtual & Drop-off Services
Outdoor Meeting Area
Remote eSigniture DocuSign and Review
Refund Direct Deposit
linkedin.com/in/georgehartzman
A fiduciary relationship requires an advisor to act in a client's best interest.
Disclaimer Statement
The information on Hartzman Tax & Fiduciary's website is provided for general educational purposes only and may not reflect changes in federal or state laws. Before taking any action based on this information, we strongly encourage you to consult with a professional accounting advisor about your specific situation.
IRS Circular 230 Disclosure
Pursuant to requirements imposed by the Internal Revenue Service, any tax advice contained on this website is not intended or written to be used, and cannot be used, for purposes of avoiding penalties imposed under the United States Internal Revenue Code or promoting, marketing or recommending to another person any tax-related matter. Please contact us if you wish to have formal written advice on any matter presented on our website.
Opinions expressed are those of the author as of the date of the report, and are subject to change without notice. Information has been obtained from sources believed to be reliable, but accuracy is not guaranteed and should be independently confirmed.