As of December 31, 2013, there was about $397 billion invested in the TSP with approximately 4.6 million participants.

The TSP is similar to 401(k) plans offered to private sector employees, except with much lower advisor, administrative and investment costs.

For every $100,000 in most financial industry provided retirement plans with a one percent fee, the cost to participants is about $1,000.

For every $100,000 thousand in the TSP, federal employees pay about $45, at least about 95% less than most private sector designed plans.

If two thirds of the expenses could be removed from any given traditional retirement plan, the difference for employees over time can be substantial.  A recent study reported a “seemingly small 0.75 percent fee difference could cost a worker almost $100,000 in fees over a lifetime” and “the corrosive effect of high fees in many of these retirement accounts forces many Americans to work years longer than necessary or than planned.”

A study of more than 3,000 employer-sponsored 401(k) plans found average plan participants in actively managed funds paid almost a full percentage point more in annual fees than for low-cost index funds like those found in the TSP.

Over a span of decades, many businesses in the financial services industry, with the acquiescence of most members of Congress, the Executive Branch and some U.S. regulators, are responsible for not acting in the best interests of consumers, as many retirement plan fiduciaries don't know what they should and are overcharged almost across the board.

Replicating the TSP's structure would dramatically lower participant costs, which over time should substantially increase returns, effectively providing a "raise" for participants via less hard earned savings leaking profits to the financial industry.

The single biggest predictor of mutual fund performance is fund expenses. The lower the expenses, the higher returns should be.  In the unlikely event an actively managed fund charging 1% consistently beats an index benchmark by 0.5%, a typical retirement plan investor would end up with a constant return of 50% less than its benchmark.

The less investors pay for investment and administration services, the more money should accumulate for retirement.  Passive portfolios holding stocks in broad-based market indices have substantially outperformed average active managers.  The one-third of active managers who outperform indices in any given period are usually not the same as in the next period.


S&P Dow Jones Indices analyzed 715 top-performing mutual funds,
focusing on U.S.-stock funds for the past four years through March,
and found that only two stayed in the top 25% through a four-year period. 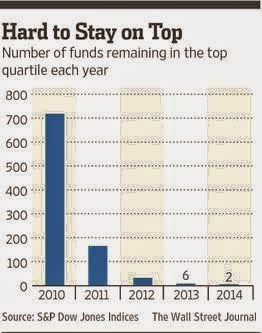 The S Fund, an index fund based on the Dow Jones U.S. Completion TSM Index, which is comprised of stocks of small to medium-sized U.S. companies not included in the C fund.

In testimony before the Senate Finance Committee on September 16, 2014, Vanguard Group founder John Bogle said: “A person saving for retirement who chooses low-cost investments could have a standard of living throughout retirement more than 65% higher than that of a comparable investor in high-cost investments.”  Bogle assumed expenses accounted for about one percentage point of the cost difference between actively managed funds and index funds.
.
.
In 457 plan land, the Vantagepoint Funds are distributed by ICMA-RC Services LLC, a wholly owned broker-dealer subsidiary of ICMA-RC.

There are two Vantagepoint 500 Stock Index Funds, which are not identified.

Winston Salem Total Expenses for non-ICMA proprietary Vanguard 500 Index Fund is 0.05%, plus a 0.34% Administration Fee = 0.39%, or less than half of what Guilford County pays for the exact same thing.

For every $100,000 invested in the 500 Index Funds, Guilford County employees are paying $580 more per year than Winston Salem's.

An investment standard
…to govern the action of those responsible for investing money for other people.

The fiduciary is required to act as a prudent man or woman would
in regards to investing monies of others.

The cost to each participant could be about $112 per year, or about 74% less.

The cost to each Greensboro employee participant should be at least less than $114 per year, or more than 57% less.

City of Winston Salem Fee Structure, without an additional 0.34% administration fee, on top of the stated "0.47% of plan assets";

Other than high investment costs, the financial industry's predominant administrative expense structure is comprised of asset based fees as opposed to flat dollar pricing.

The financial industry is very much in favor of asset based fees, as the profit margin increases over time via compound interest.  Flat dollar retirement plan Record-keeping and Reporting fees are in the best interests of participants, as shown in Greensboro's case.

Generic TSP based proposal for the City of Greensboro's 457 plan, which should save Greensboro's employees about $2,536,550 in fees over 5 years; 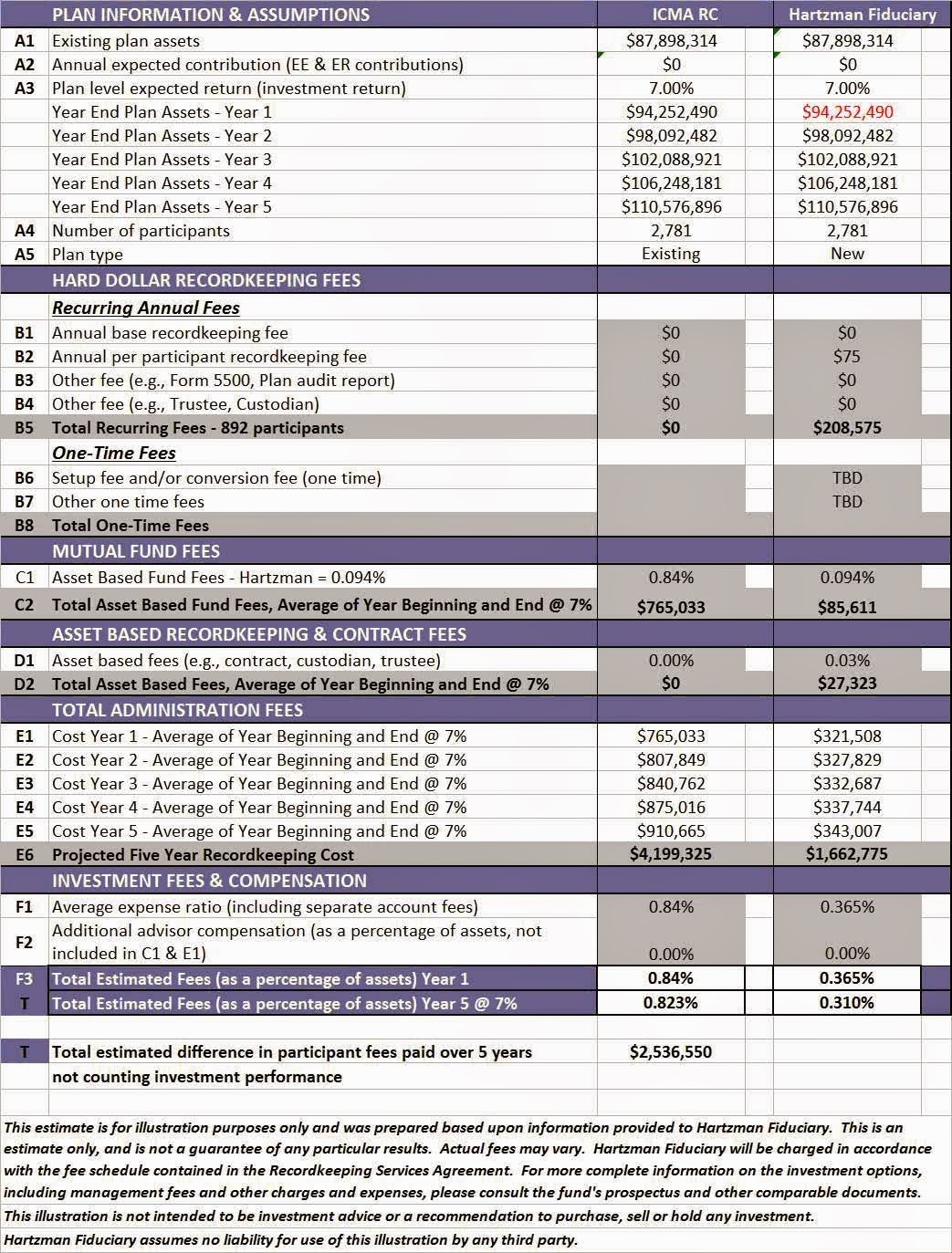