Interactions with Elaine Hammer of the Rhino Times, thier rate card, and a John Hammer Linkfest

Well, congratulations on the article about you in the News & Record. It looks like you've got a good chance to make it through the primary.

As I'm sure you heard, the Rhino Times is back. Our first issue is coming out Oct. 3, just before the primary. Since the key to winning is name recognition among the A-voters of Greensboro – and that would be the Rhino readers – I would encourage you to advertise in that Oct. 3 issue.

...for just $260 you could get your name out to the people who actually care about politics and vote.

I've attached a rate card and would be glad to talk to you about what you'd like your ad to look like.

John is not interviewing mayoral candidates. 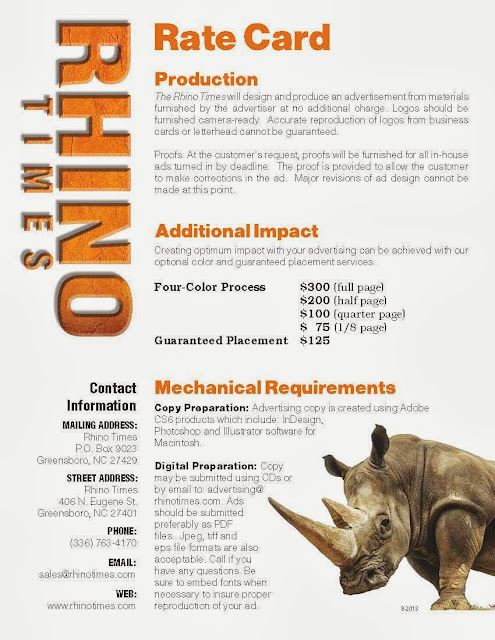 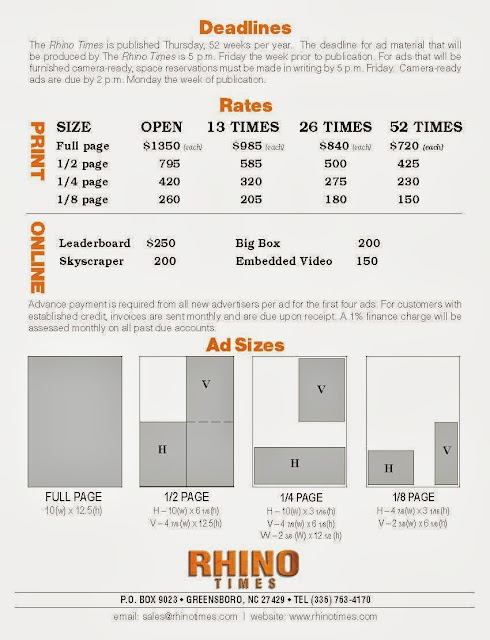 If The Rhinoceros Times received $26,030 in political advertising in 2007, how much could Hammer not make if Pay to Play Ethics Rules are passed?

On the Rhino and journalism ethics: publishers, reporters and those who endorse political candidates "giving" complimentary anything

I guess they'll also not want to talk about their inflated circulation figures.

Okay bros, we need a different animal rolling off the presses. Hartzman would already have had a full interview and ad - free...so it goes, not to be yet. Hopefully in time to help.