Frostburg Memories of meeting my wife Robin with Pics 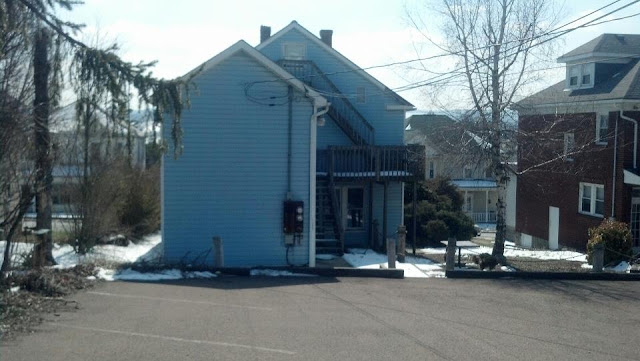 About twenty something years ago I met a girl in what used to be this house's back yard.

Introduced by a guy named Simple Tom and Maureen something.

It was Summer, so there were relatively few college students in Frostburg at the time

There was a keg.

I think we had white plastic cups.

I didn't catch her name.

She lived in Cumberland, Maryland in an apartment on the third floor of a building with a really cool view of some above ground train tracks.

After, the four of us went to Hi-Way, a corner bar/restaurant.

Sat in a booth and had a quart.

Don't remember if we played pinball, but I ended up showcasing my talents with the buttons for her on several occasions.

8 Ball Deluxe, and some baseball game tied to time, as opposed to 5 balls.

Remember 5 balls for a quarter? 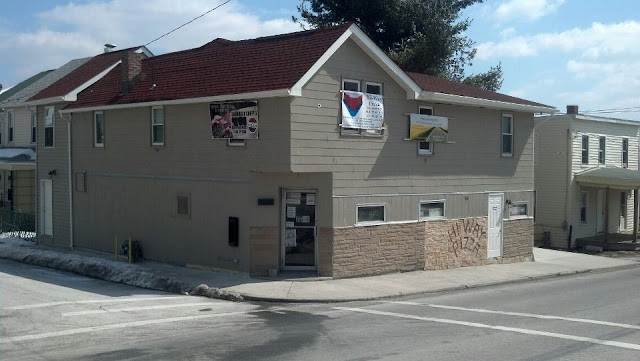 Then we went to a place called the Pour House, owned an operated by a gentleman named Mac, who smoked unfiltered camel cigarettes.  He later died of death.

We had "Blue Darts", which was Mac's secret recipe. 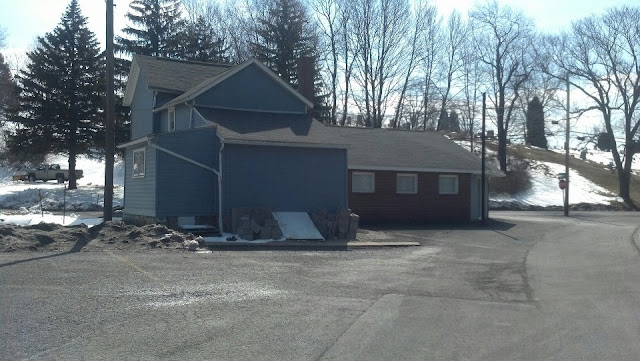 She gave me her number on a bar napkin, but didn't write down her name on it. 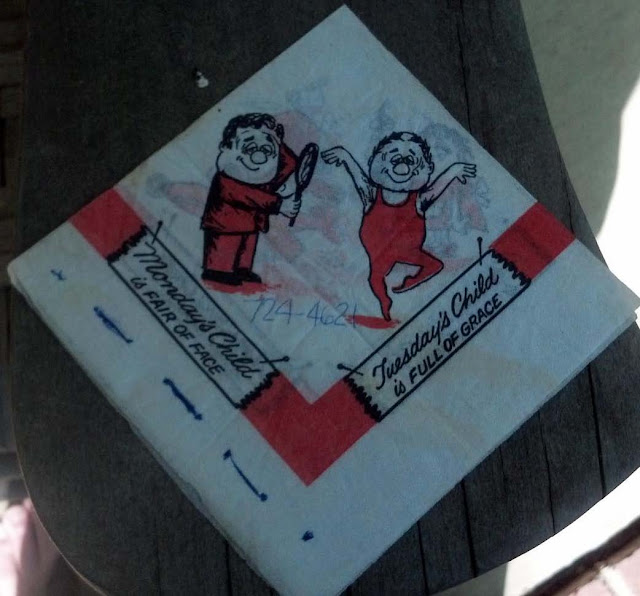 After the Pour House, we went to where I lived..., at the time, it was called the "Blue House", because of color and what was an amazing Whiffle Ball field in the back yard, which my fraternity used for happy hour on Friday afternoons.

We played Whiffle Ball golf and fell in love in what is now a parking lot. 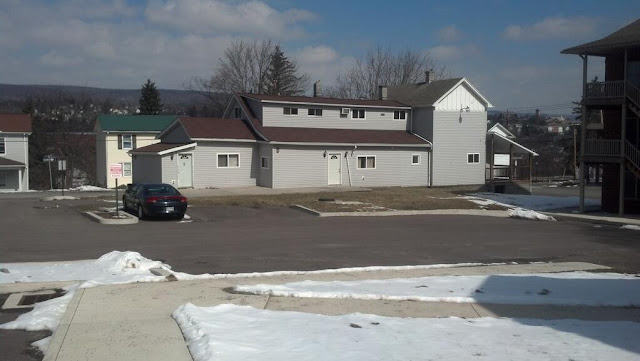 I woke up the next morning with a number without a name.

There used to be a mini grandfather clock on the wall behind the bar. While courting Robin Abbott-Hartzman, the bartender went on an errand, and somehow the clock ended up in the crawlspace under my current home in Greensboro, North Carolina. Statute of Limitations. I recall getting back to my seat before the bartender returned ended up being fortuitous.

(It is just me or do you resemble one of the guys on the napkin?)