One who intends to leave others better off for his having existed. 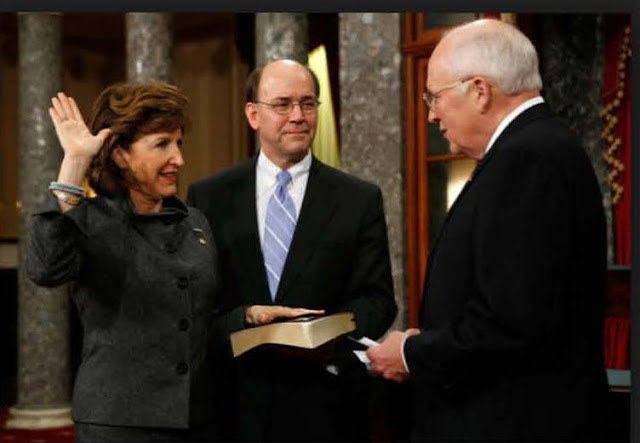 Luckily or by connection, David is both the seller's and buyer's agent for a $1,241,000 real estate transaction between the Community Foundation (CFGG) and the seller of 125 Summit Avenue for the GPAC, while serving on the CFGG Board with Walker Sanders.


Isn't it Great to live in such an ethically oriented city?

Congratulations to the Hagan household for helping show how Greensboro is the most crooked city in North Carolina. 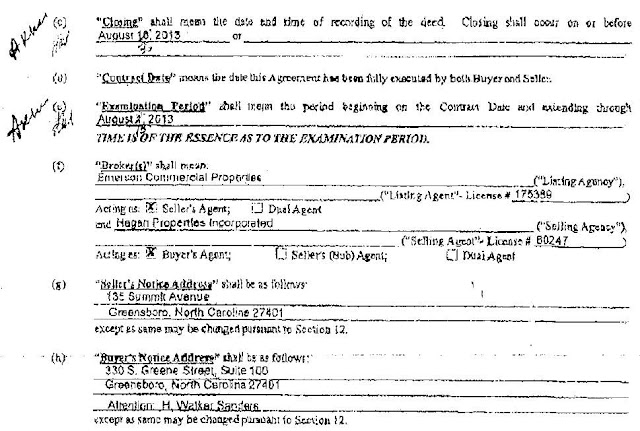 and another for 120 East Lindsay Street; 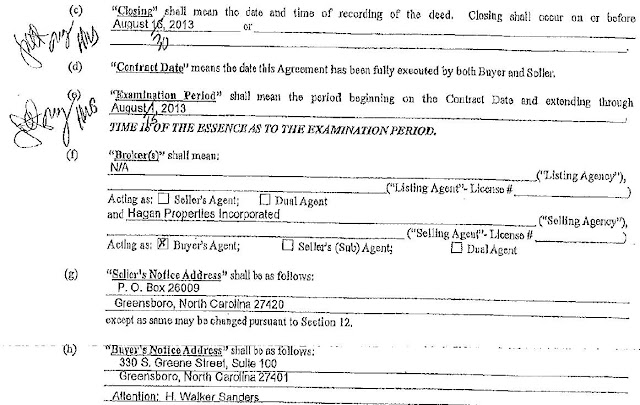 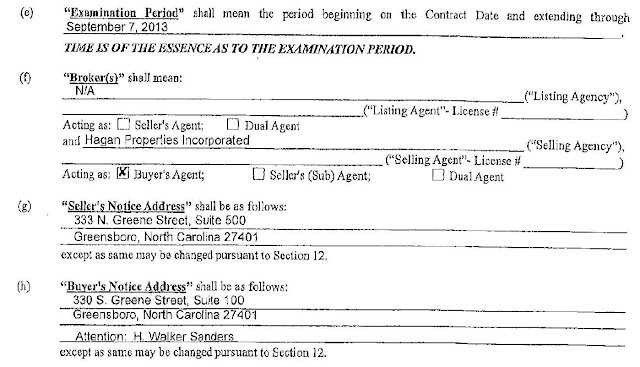 In October 2008, The Politico reported that Hagan's husband Chip Hagan III, a former Democratic county leader, had been a member of 1,000-member Greensboro Country Club for years, despite the club's de facto segregation and refusal to admit black members.[16] Hagan herself was not a member of the club. Greensboro Country Club admitted its first black member in 1995.[16]

Greensboro was one of the last clubs in the area to integrate, although African-Americans make up about 35 percent of the local population. Chip Hagan inherited the club membership from his father.

The head of the National Republican Senatorial Campaign criticized Hagan for not demanding that her husband leave the club earlier. http://projects.newsobserver.com/under_the_dome/hagans_country_club_troubles The first black member to be sponsored was Robert J. Brown, a former aide to Richard to Nixon, according to press accounts at the time.
Flanagan said Chip Hagan “has been a member his whole life” and inherited the membership from his father, a well-to-do former Marine Corps general and local attorney.

Greensboro was one of the last all-white clubs in the area to integrate. In the mid-1990s, members claimed they had never received an application from a black person, even though African Americans make up about 35 percent of the local population — and the city was site to groundbreaking civil rights demonstrations in the 1960s.

This isn’t the first time Chip Hagan has become an issue in the campaign. Over the summer, Republicans blasted him for owning stakes in several domestic oil wells as gas prices were skyrocketing.

The following statement of policy on conflict of interest is adopted to assist all persons holding positions of responsibility and trust in the Community Foundation of Greater Greensboro:

1. In conducting the affairs of the Community Foundation and in deciding the award of grants and other business, duality or conflict of interest shall be presumed when a person to whom this policy applies or his/her immediate family member serves as a trustee, officer, or stockholder of an affected organization or firm; has a formal affiliation or interest in an affected organization or firm; or could expect financial gain or loss from a particular decision.

2. Any duality or possible conflict of interest on the part of any Board of Directors or staff shall be disclosed to the other members of the Board and made a matter of record as soon as the issue in question is raised and a possible conflict is known.

a. That person shall not vote on such matter and shall not attempt to exert personal influence in connection therewith.

b. Disclosure and abstention shall be recorded in the minutes of the meeting(s) at which the issue is discussed and decided.

c. A person who has been excluded from voting because of a possible conflict of interest may state his/her position in the matter and answer pertinent questions of other members when that person’s knowledge of the matter will assist the Board in making a decision.

3. When a duality or conflict of interest of any member of a Community Foundation permanent or ad-hoc committee becomes relevant to the making of a grant or to any matter requiring action by the Executive Committee or Board, the member shall disclose this to the committee. Paragraphs a, b, and c above shall apply to committees and committee members as they apply to the Board and its members. 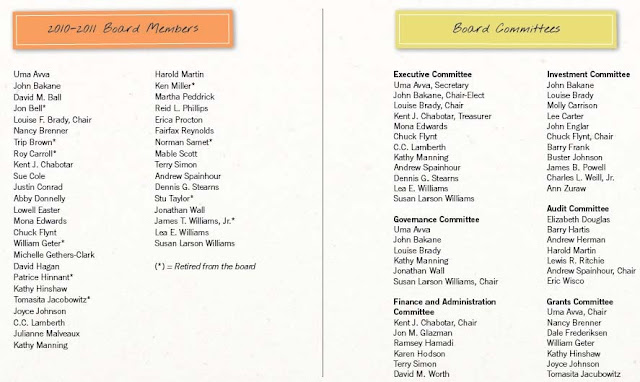 ﻿
Anyone still wondering why Hank Henning kept his mouth shut?
Posted by Abner Doon at 12:44 PM