Ebola total cases as of 25 March was under 50 total, as opposed to 3 days.

WHO SAYS 52 DEATHS FROM EBOLA
REPORTED IN 4 NATIONS AUG. 7-9 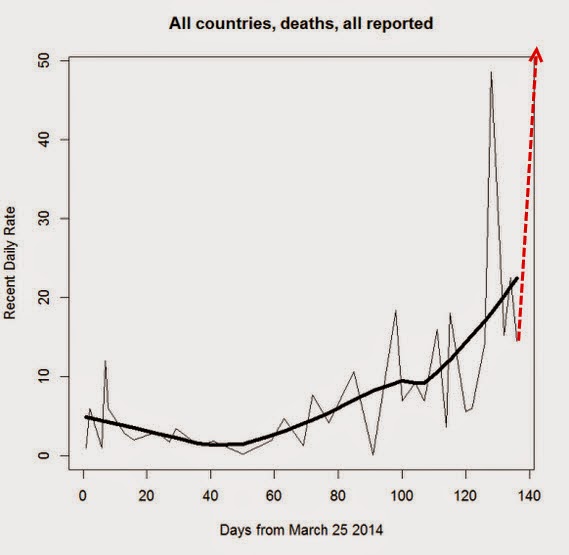 .
.
"Exponential growth occurs when the growth rate of the value of a mathematical function is proportional to the function's current value. Exponential decay occurs in the same way when the growth rate is negative. In the case of a discrete domain of definition with equal intervals it is also called geometric growth or geometric decay (the function values form a geometric progression).

The formula for exponential growth of a variable x at the (positive or negative) growth rate r, as time t goes on in discrete intervals (that is, at integer times 0, 1, 2, 3, ...), is

http://en.wikipedia.org/wiki/Exponential_growth
Posted by g at 8:11 PM